Modern Spidey is... What? 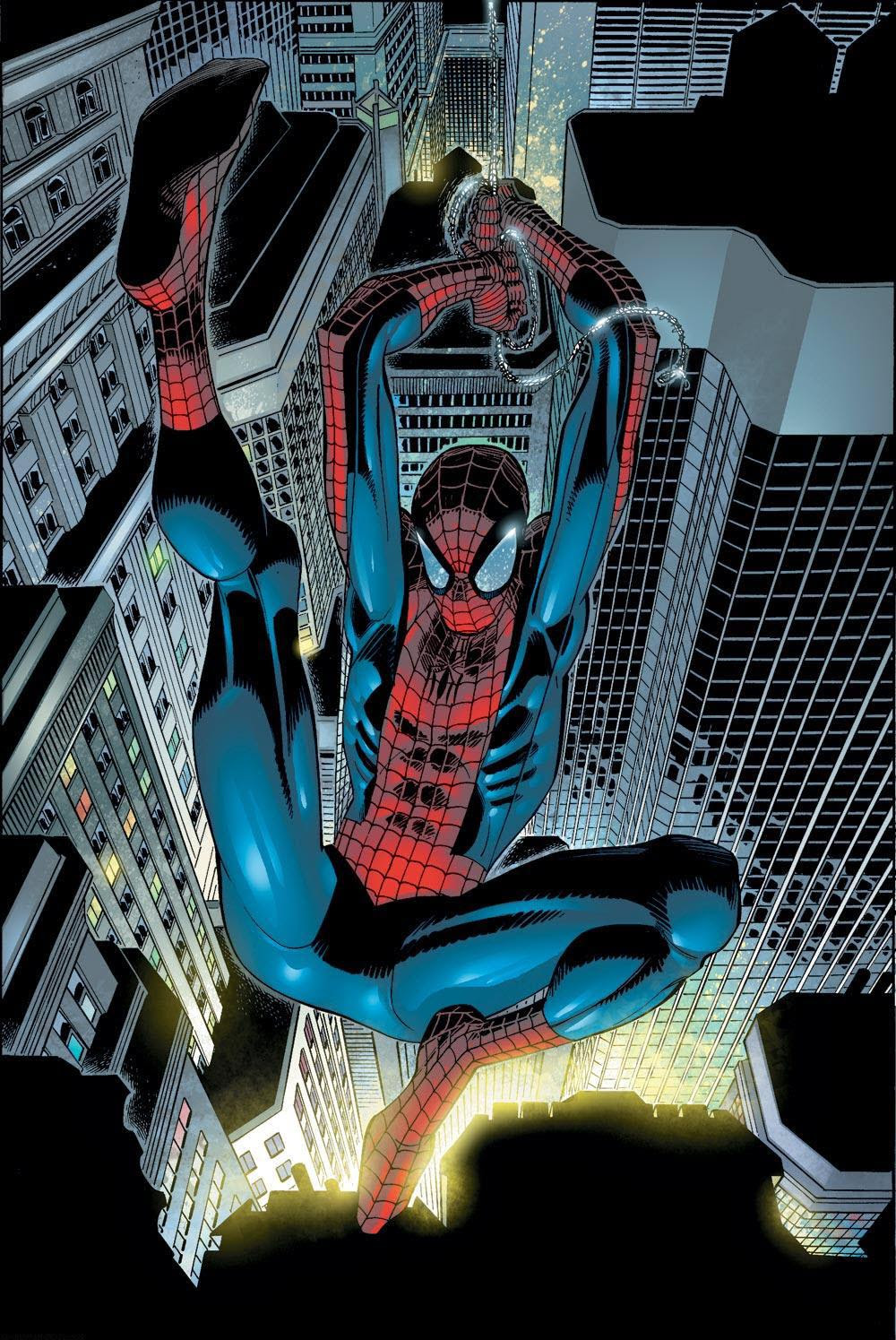 The first time I saw the red and blue costume I was hooked. The wall crawling, the jumping, the swinging on webs high above the city streets... t'was amazing to even think about for my four year old self. As I grew older I found that the character I'd attached to had a surprising amount of depth. Peter was someone who was committed to being a normal man and a hero. He didn't care about saving the world, the world seemed to be doing very fine on it's own. He just wanted to get a job, marry Gwen, and settle down, saving the people around him as he could. Peter Parker just wanted to live.

Well, then One More Day happened, and Marvel sold Spidey's soul to Joe Quesada. I stopped reading immediately. This was not Spider-Man. I'm sorry, but Spidey doesn't make deals with the Devil, particularly when most of the arc that Straczynski had been running about been about Spidey's questioning of the mystical! How's a guy who has issues with the concept of God going to make a deal with the Devil? Not that Quesada cared.

Yes, this is still a sore point for me, deal with it or stop reading. I really don't care.

Anyway, I refused to read after that until I heard about Slott's run from a friend of mine. I was told that the stories were really good and that I was missing out. This friend of mine has good taste, so I decided to give it a shot. And y'know what? They were really good stories. Peter was finding his feet as a scientist and hero and he was knocking it out of the park. No, it wasn't my Peter. Peter is married to Mary Jane in my 90's kid memory. But it was a good facsimile of Peter and that was good enough for the moment. Heck, my hopes were raised with "Renew Your Vows", where we see Peter and Mary Jane married again with a daughter, Annie May.

But now Slott has come out and said  that the new volume of Amazing Spider-Man will focus on Peter Parker as a billionaire gallavanting around the world with a Spider-Mobile.

No, I did not just make that up. Peter Parker, the guy who just wanted a normal life, all of a sudden a billionaire and globetrotter, with a friggin' Spider-Mobile??

I have never seen a more drastic mistake on what makes a character tick. Spider-Man, contrary to popular opinion, is not a coming of age tale. It's the story of a man who tries to be a hero for the people right around him. The early issues work because they reflect where Peter is at at the time: he's a lonely teenager who's way too friggin' smart for his own good and trying not to turn into the crazy villains that he keeps running into. He's meeting twisted funhouse mirrors of himself and learning how to be a better person from it. The reason why the marriage was done is because Peter, being the Everyman, is logically going to get married, since it's the most common thing we do. Marriage is the bedrock of humanity, and since Spidey is explicitly stated as the Everyman it makes sense for him to be married and evolve in that way. The villains naturally would need to change to suit and mirror Peter's struggle like they did at the beginning of his career, which would bring new variety and allow for the title to grow instead of stagnating like it has been.

But, instead, we're getting Spidey globe trotting as a billionaire with a Spider-Mobile. This is not right. This is not my Spider-Man. It hasn't been ever since One More Day and, no matter how hard I wished for Big Time Spidey to be the hero that I had missed, Slott doesn't seem to understand the character anymore than Marvel does.

Well, Peter being married to MJ again would be a no-brainer and they'd have their child. Aunt May would be dead, and so would Harry. So, for starters, J.M. Matteis's beautiful work wouldn't have been undone. But it would be more than that. Peter's too good a guy to not try to take care of New York however he can. Being a schoolteacher made a lot of sense for a man who never wanted to look away from trouble ever again and it would begin Peter's transformation into his father figure, Uncle Ben. The left over villains from Spidey's earlier times would then begin to try to form families of their own. Vulture with his little Vulture-lings, Doc Ock trying to form a nation out of Manhattan that would worship him in the way he always wanted, Alyosha Kravinoff trying to figure out who his father was (by means of torturing those who knew him like Chameleon and Spider-Man), things like that. On the home front Peter would be trying to adjust to having a baby and all that requires: do they use formula? Cosleep? Does MJ want more help with the baby, which cuts into Peter's night-time patrols, thus raising the crime rate and triggering Peter's guilt complex? What about the days when MJ just wants a a day off and Peter's already so exhausted he can't give her one, or doesn't want to?

See how I, a blogger sitting up at 11:30 at night with a computer, came up with all that in a few seconds? I literally just rattled that off the top of my head. That's good character based drama right there, all within the Spidey mythos. It would be amazing to see. But instead we're getting a Spider-Mobile. It almost makes me wanna write the thing myself, just so everyone could see what I'm talking about. Spidey isn't about riches, fame, or glory. That's Iron Man's M.O. Instead, Spidey is about the little man doing the little things that mean the world to the people around him, who happens to have the ability to stop a rampaging Rhino and does so because none of the Avengers are around to do it. That's my hero. That's my Spidey.

A note to Dan Slott should he find this: I know what you'll tell me should you read this. You'll tell me to wait and read. Which I might do, depending on my budget. However, please don't miss my point: Spider-Man is about a normal dude who is a hero to those immediately around him. I know you reference as much as you can from the Lee/Ditko/Romita era as you can, but that part-the most important part!- seems to have been left out. It's what made Spider-Island so great: Peter impacted those around them and made them all heroes, right along with him.

*****
It's another sleepless night guys! I lay next to my lovely wife and son, listening to them breathe, for about twenty minutes and realized that I had more to say about this subject. Well, more of an announcement to make.

I'm gonna start writing the Spider-Man I wanna see, right here on this blog. Here's the skinny on that.

I have no idea how long each individual chapter will be, but you will hopefully get a chapter once a month. Chapters will be divvied up into books, which will last one year at a time. So, starting in October or November, you'll see the first chapter for my take on Spider-Man. What'll this new part of the blog be called?

The Amazing Spider-Family, of course! Stay tuned sometime in October!
Posted by Unknown at 12:00 AM