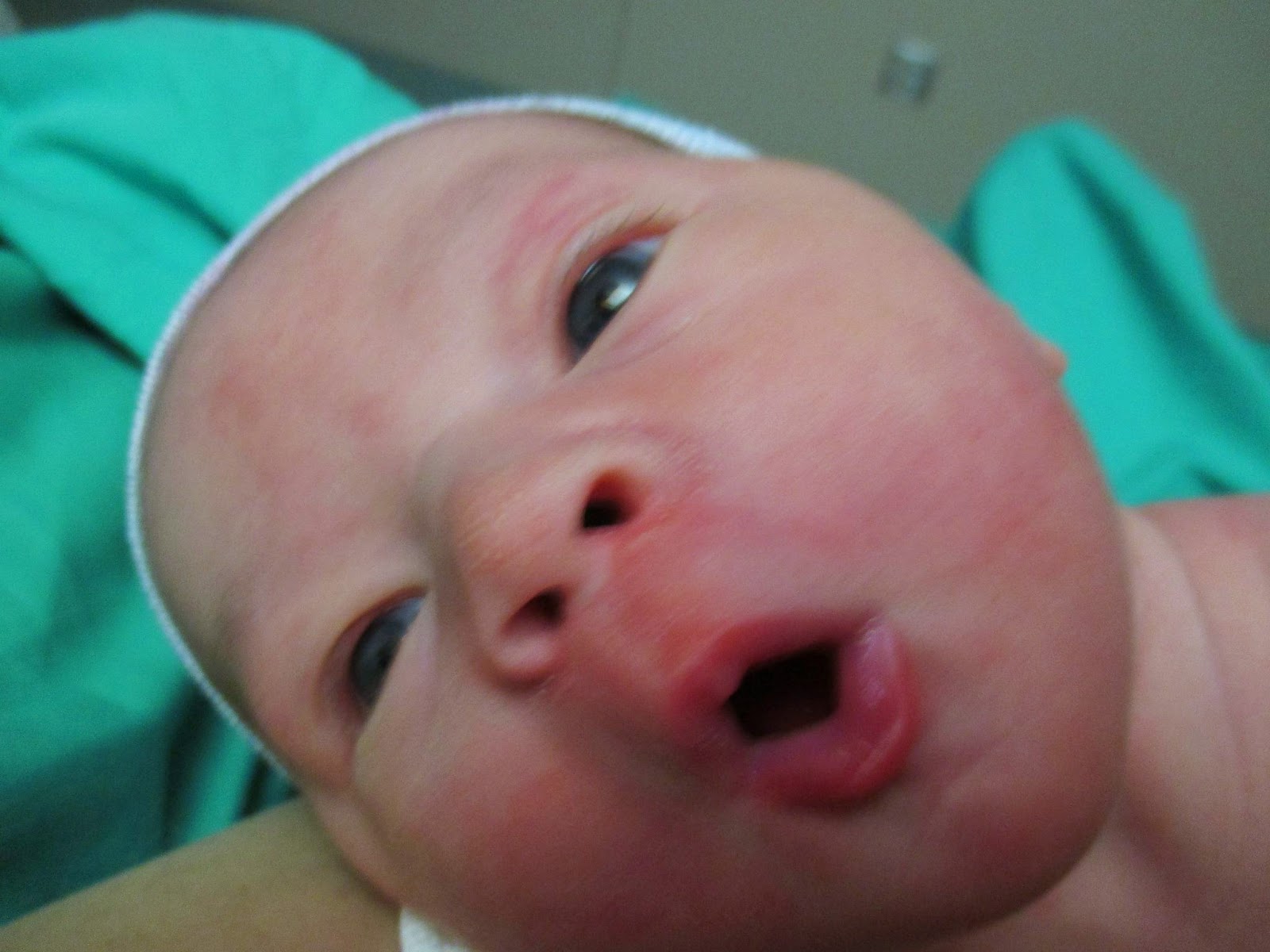 So this little bundle of joy appeared into my life yesterday at 9:30 PM! Micah James has made inroads to our hearts and we'll never be the same for it. Thank goodness, cause I was starting to wonder if the pregnancy (and labor) would ever end.

As I look at the little guy I come to realize something: throughout my life I've fought to not be changed by the things that happen or to be overly bitter. But, for the second time in my life, I've realized something: I want this to change me. I want to not be the same because of having him in my life. I want to be different. And this little dude's definitely in on it.

Posted by Unknown at 7:03 PM No comments: 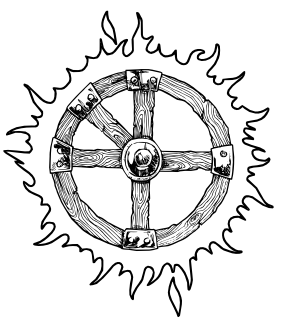 Traits: they're the least talked about part of Burning Wheel. Don't pretend that you don't know what I"m talking about. Go peruse the Burning Wheel forums. It's Beliefs this, Instincts that, how am I supposed to write this Belief, is this Instinct going to get me into enough trouble? Well, I'm here to say that I think that's a load of bunk. Traits are where it's at. Traits define the character in ways that Beliefs and Instincts never can, because they define the most important part of the character: the lessons they've already learned.  I'm first going to lay out the basics of the Burning Wheel Artha Wheel, explain how Character Traits help this Artha Wheel to turn, and then go into using Traits to help generate Beliefs and Instincts, and finally give some tips on how to make Character Traits more meaningful in Character Burning.

Burning Wheel is built for the zero-to-hero story: you start out as a broken and flawed individual who has potential and, over the long 30+ sessions, become a hero. The Beliefs are what the character is trying to do, the Instincts are little things that actually tell you who the character is, and Character Traits tell you what lessons he's already accumulated. As time goes on Trait Votes happen and Beliefs that have been resolved become Traits (usually Character Traits, but not always), because you're no longer fighting for them. They've just become a part of you now.  As you fight for what you believe, gaining Fate and Persona points, you eventually realize that your own petty little thoughts really don't matter in the grand scheme of things, so you sacrifice them so that way the grander picture can actually benefit. BOOM! There's a Deeds point. Your Beliefs change to reflect what you've just done, and the cycle kicks in again.

In this virtuous cycle Character Traits play a vital role. You get rewarded for any of your Character Traits causing you trouble or changing the direction of the story in an unseen way. Your grand schemes, summarized in the Beliefs, are going to start running up against your Traits, which summarize your past. The present and past rub against each other and create friction, requiring the player to make a stand. Notice I said the player, not the character.

For instance, let's say you have a Belief about saving your kingdom from civil war and strife, but you have a bad relationship with your stepmom (the person currently in power) and you have the Vindictive trait. You just can't help yourself, can you? You just have to screw her over somehow. So you spit in her food as it passes by, hoping no one notices. But of course someone had to, didn't they? Now you have a real mess on your hands.

Playing the Character Traits like this allows for you to make the character more sympathetic. He's got a past and it haunts him, like it does for all of us, and sometimes that means he's going to do things you're not going to agree with.

That Vindictive traited guy we were just talking about? You think he's going to apologize for spitting in his mom's food? Heck no, he'll get up and start attacking his stepmom. Is it the smartest move? No, but since when is a guy with the Vindictive trait really out to benefit anyone? "She knew that I was the bastard and that would give her a position! She ruined my life and that's why you should trust me over her. I'd never do something like that!" Hypocritical? Oh yes, but I'll bet you those two sentences will earn an Embodiment award.

And finally there's the Moldbreaker. Playing against a Belief, Instinct, or Trait, usually requires one or the other, and Traits can be a powerful way to Moldbreaker

So someone brings that Vindictive guy aside and starts yelling at him about what he just did and how he just ruined the talks. Let's say this Vindictive guy also has a Guilt Complex Character Trait. He then drops out of the talks altogether, telling his stepmom that she's the best chance everyone has because he clearly isn't the dude to do this. That's Embodiment, Moldbreaker, and using your Character Trait to twist the story in an unexpected direction! What a session!

So what does this mean? When you make a character his Character Traits should be the big red buttons for you to press when things go wrong. When in doubt (a situation happens that doesn't hit one of your Beliefs) look at your Character Traits and act on one of them in the biggest way you can. You'll get Artha for it, almost guaranteed. If not it's because you didn't do it big enough.

Another you can do is use Traits to write your Beliefs. For instance, you have the Afraid of Wet Noises Character Trait. Weird trait, right? I mean, how the hell are you gonna use that? But, since you're always supposed to be looking for ways to make Beliefs more personal, that can come to good use!
Fearot should be killed for putting me in that well when we were kids.
Does the fact that Fearot, the horrible bandit, is destroying villages really the center of this guy's wish to take him down? No, it's because Fearot and him grew up together and Fearot tortured him. Now this character wants control of his Fear of Wet Noises by taking out the guy responsible for it. Now you have something compelling!

You can do the same thing with Instincts. Got Broken and Bitter Character Traits and you were once conscripted into the military? Take a look around and add things together of that nature
Whenever I see a soldier I hide.
That's a fantastic Instinct which won't get you in any trouble. Whatsoever.

And last, but not least, is something I highly encourage anyone who's burning a character to do: whenever you take a trait in character burning (whether you like it or not!) come up with a small reason as to why you have it and try to associate it with a lifepath.
I'm buying Bitter and I've got that conscript lifepath. I decide to say that I'm Bitter because I was stolen from my family when they needed me most and now my parents are dead from starvation.
Don't write anything terribly long or detailed, a sentence will do. Your GM will thank you for the fodder to throw at you and you'll find that it gives deeper roleplaying.

So, in conclusion, Character Traits can be used to really powerful and subtle effect. You can use them to power your Beliefs and Instincts in ways that make it easier to roleplay the character and make character generation easier. Take a good long look at your Character Traits and play'em to the hilt!

Post-Synopsis: Andy, a good buddy of mine who was kind enough to proof read this article, pointed out that playing Burning Wheel this way will make for a very tight-knit character, the type of person who doesn't have a lot of nooks and crannies to explore, which is very true. Beliefs are far more than being rooted in the past, they're a way to explore the future of the character. At that point Traits become the texture of the character, how he reacts to things not found within those Beliefs. Which is a totally good way to do it as well. I just like having a character's future heavily influenced by his past, which feels far more realistic to me.
Posted by Unknown at 12:04 AM No comments: